Conquer the world of Grepolis! Begin by expanding your village in Ancient Greece. Grepolis is a free strategy game in which you build your own empire and strike back against your enemies with the help of allied players and powerful alliances.

Now the heroes of antiquity are entering Grepolis! Legendary and powerful heroes, such as Leonidas, Hercules, Andromeda and Helena, help your city or army with their unique powers and strengths. 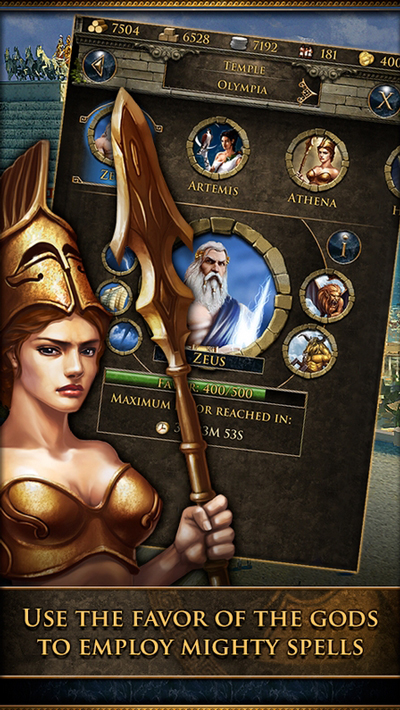 Grepolis is developed by InnoGames GmbH.